The majority of English antique cabinet makers are known to us only by their names; only rarely is it possible to say who made a particular piece. When this can be done it is for one of two reasons: either because the original bill has been preserved, or because the name of the maker was inlaid, stamped or printed on a paper label inside the article. The following are some brief notes on a very few of the more important designers and makers who worked in the eighteenth century.

Samuel Bennett. A London maker who was working at the beginning of the eighteenth century. A cabinet is known with his printed label in one of the drawers. Also, there are three cabinets in existence which have his name inlaid on the inside of a door.

William Kent (1686 to 1748). An architect, and about the first in England who not only designed a mansion but also some of its contents. His furniture is heavy in appearance and bears much carving, and as his tables and chairs were usually gilt the effect is very rich.

Thomas Chippendale (1718 to 1779). The best known of all English cabinet makers and designers. Born at Otley, Yorkshire, he came to London and eventually opened a workshop in St Martin’s Lane. His book of designs, The Gentleman and Cabinet Makers Director, was published first in 1752, enlarged in 1762, and is the most famous of its kind in any country. Chippendale’s own firm made pieces for many of the biggest mansions in England, and some of it remains in the rooms in which it was first placed, and for which it was designed. On his death, his business was carried on by his son, also named Thomas.

John Cobb (died in 1778) and William Vile (died in 1767). Cobb is recorded as being notorious for a very haughty manner, and stories are told of the difficulties into which this led him.
Some of his furniture has been identified, but his partnership with William Vile is equally responsible for his importance. Together they were cabinet-makers to George III, and pieces they are known to have made are among the finest of the eighteenth century. Some of their work for the Royal Family is still at Buckingham Palace. William Vile died in 1767, but his partner seems not to have been in favour for no further goods were supplied to the King and Queen after that year.

William Ince and John Mayhew (working between 1760 and 1810). These antique cabinet-makers, who had a workshop in Soho, London, published a pattern book in 1763. The book contains about three hundred designs for different types of furniture in the Chippendale manner, but only a few pieces are known that were made by the firm.

George Seddon (1727 to 1801). The biggest cabinet-making business in London in the eighteenth century was conducted by George Seddon in Aldersgate Street, where he is said to have employed four hundred workmen. Some of the furniture made there has been identified from the bills that were preserved with it.

George Hepplewhite (died in 1786). George Hepplewhite’s name is on a book of designs issued by his widow in 1788, but little else is known about him. Gillow’s. The firm of Gillow had workshops at Lancaster, Lancashire, and were prominent cabinet-makers during most of the eighteenth century. They had a showroom in Oxford Street, London (later the site of Waring and Gillow’s showroom), and sent their finished goods south by sea. Late in the century they sometimes used a metal stamp with their name to mark their pieces, and are the only English firm known to have used this French method of marking before about 1820.

Thomas Sheraton (1751 to 1806). Little is known of the history of Thomas Sheraton. He was born at Stockton-on-Tees, Durham, and came to London. His famous book of designs, The Cabinet Maker and Upholsterer’s Drawing Book, was published in four parts between 1791 and 1794, and his Cabinet Dictionary in 1803. Although he was trained to the trade as a youth, he is not known to have practised as a cabinet-maker.

William Moore (working between 1780 and 1815). After some years at work in London, Moore opened a business in Dublin, where he specialized in inlaid furniture in the Sheraton style. Much other antique furniture was made in Ireland during the eighteenth century, but it is often indistinguishable from its English counterpart. Mahogany tables on especially slim cabriole legs are considered usually to be of Irish make, but much research on this subject remains to be done. 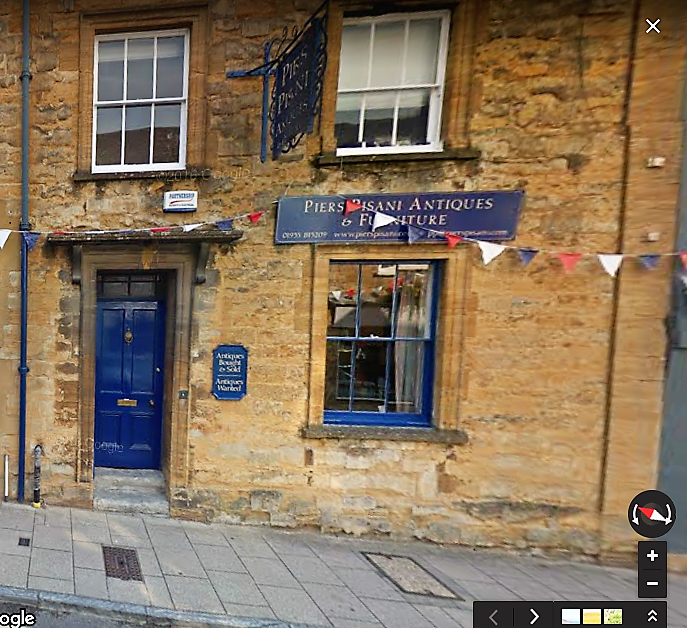